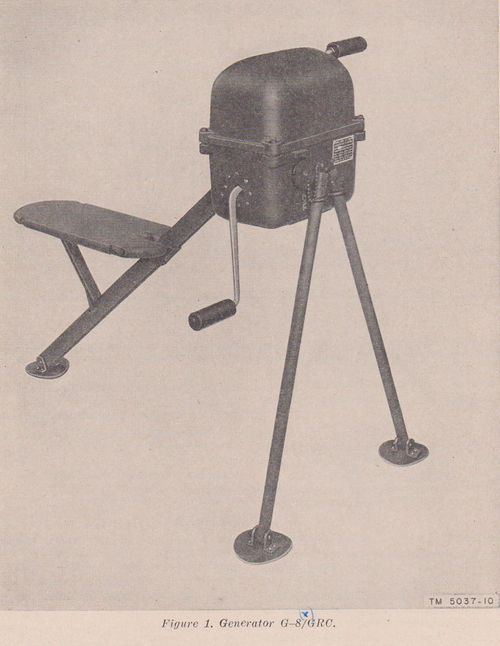 The generator G-8/GRC is a hand-operated generator intended for use as an auxiliary power source for Receiver-Transmitter RT-66/GRC, RT-67/GRC AND RT-68/GRC. The generator furnishes the input power for these receiver-transmitters at slightly lower levels than are delivered by the vehicular power supplies ordinarily used as power sources. The generator makes possible the use of the above named vehicular radio equipment as portable ground equipment for foot troops. When hand-cranked at speeds between 50 and 70 rpm (revolutions per minute), the generator is capable of delivering an approximate output of 85 watts at the voltages required for receiver and transmitter operation.