The shelter is of aluminum construction and is mounted on three equally-spaced longitudinal skids. Brackets are located on the top four corners for attaching lift or tiedown slings. Figure 1 is a general view of the shelter mounted on an M37 truck. The interior of the shelter contained a heater, combination safe, chair, and racks to mount the various electronic components. All electronic components referred to by AN! designation were actually simulated by metal plates having the same weight as the component. Gross weight of the S-153 shelter as tested was 1250 pounds. The prime mover used for all road tests was the standard 3/4-ton, 4x4, cargo truck, M37. The shelter has been used for the AN~GRC-106 and AN~GRC-122 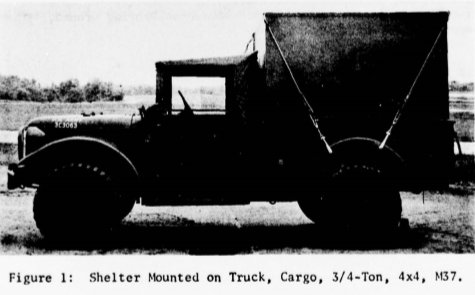 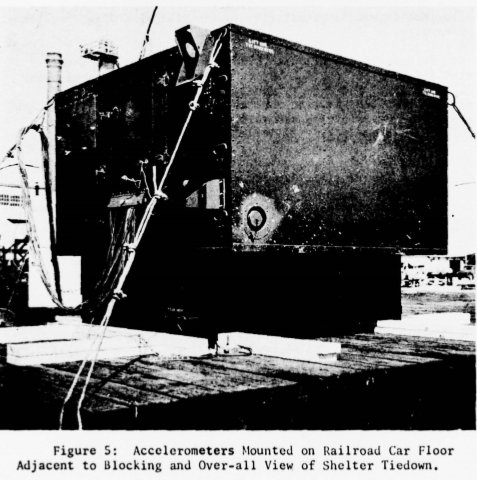